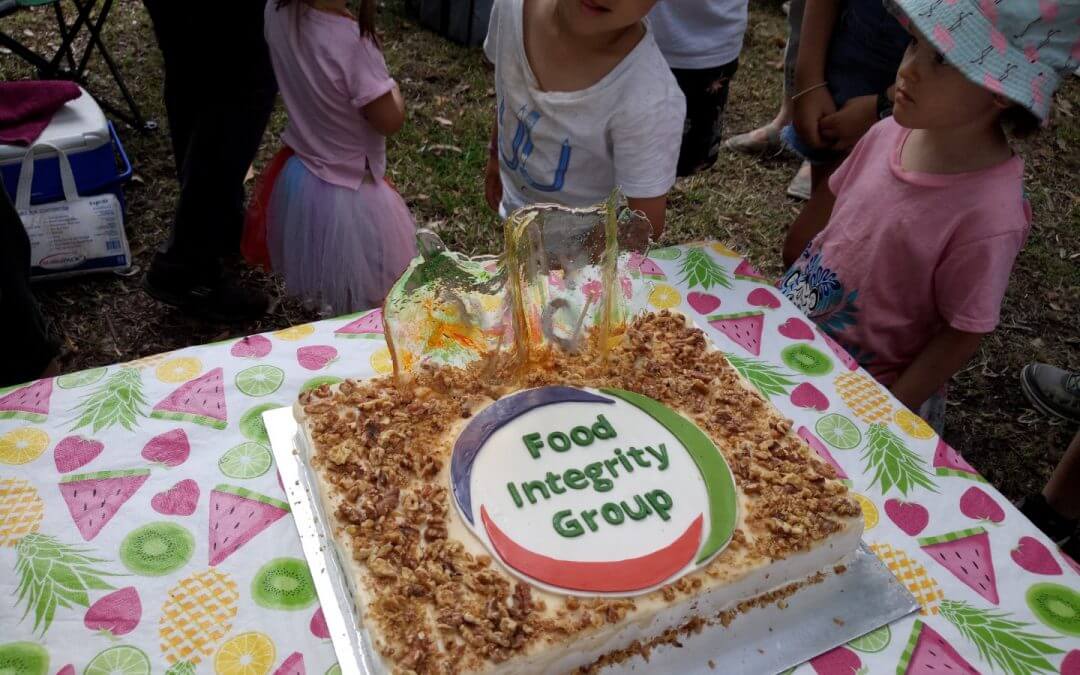 Our local food co-op has reached her 10th birthday, this Saturday FIG organised our members a farm visit and picnic on the farm to celebrate her anniversary. Eden Farm is one of FIG’s local produce suppliers. it is a certified organic farm, locates at Mangrove Mountain.

The original Eden Farm was 120 acres, came to Eden’s family in the 40s of last century as the dowry of Eden’s grandmother. Now it has been divided into 2 farms, one of which we are visiting. It is 45 acres. The other neighbouring farm belong to Eden’s cousin. Young farmers are the future of the nation, and the future of the entire humans living on the earth.

There is no rules of how much you can pick and bring back home. Eden actually shouted to me when I told him I would do sauerkraut with the cabbages, “Bring as much as you like. Otherwise they are just going to go to the pigs!”.  At the end, every family was asked if they would like to donate whatever they would like to put in. I observed, roughly a family paid around $20-30. Hehe, I must have been the best philanthropist today, I dropped in $50. Not that I’m stupidly rich, rather, I do farming myself, even though ours is in much smaller scale, I still genuinely know how much hard work it involves. I’m very happy to support like-minded peers.

Picnic time. I was dehydrated and starving, the freshly picked watermelon was so tasty. Kids couldn’t wait to sing together “Happy Birthday to You!” so that they would get the cake!

回到家一鼓作气，六颗包菜全做得了德式泡菜sauerkraut. I took the day’s momentum, made all 6 heads of cabbage into sauerkraut tonight. What a long cheerful day!